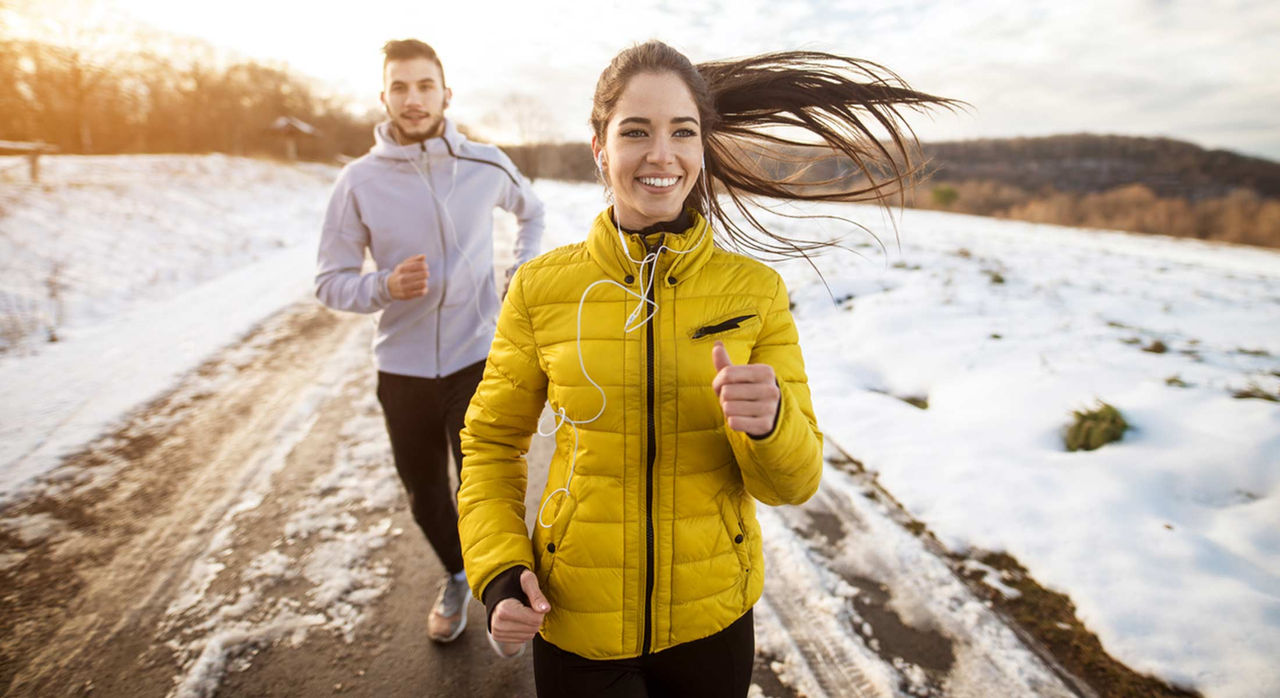 Have you ever made a New Year’s resolution, only to realize a few weeks later that you’ve already reverted back to your old ways? You’re not alone. Whether you want to set some new healthy routines after indulging over the holidays, or finally tackle that bad habit that’s plagued you for years, the New Year is a great time to take stock of your life and find positive changes you can make.

“These are conversations we have all year long with our patients, but New Year’s resolutions have become this big cultural event,” says Ghinwa Hassan, MD, a family medicine doctor with Mass General Brigham Integrated Care. Read on for tips from Dr. Hassan on establishing healthy habits, setting goals, and how to make them stick.

A healthy lifestyle has many, many components. The most common things we discuss with our patients are eating a healthy diet, maintaining a healthy weight, getting regular physical activity, and getting rid of bad habits like smoking.

“A healthy lifestyle has many, many components,” Dr. Hassan says. “The most common things we discuss with our patients are eating a healthy diet, maintaining a healthy weight, getting regular physical activity, and getting rid of bad habits like smoking.”

A habit is something you do routinely with a minimal amount of effort, and bad habit is something that negatively affects your health, or doesn’t bring a benefit to your life. Smoking is a common example, but other bad habits could include having a nightly glass of wine to de-stress or spending too much time scrolling social media. “Bad habits give you a positive reward in the short term, but can be destructive in the long term,” explains Dr. Hassan.

In order to change a bad habit or develop a new one, it’s helpful to understand the psychology behind them, says Dr. Hassan. “The ability of the brain to adapt and learn something new is called neuroplasticity,” she explains. “A pathway in your brain is formed when you have a habit. The more you do the same activity, the clearer that pathway in your brain becomes, and you do the activity more automatically.”

Forming healthy new habits can be challenging because you don’t see the rewards right away. A lot of good habits have delayed, longer-term rewards. “A good example is going to the gym: you might feel tired afterwards, or your muscles might be sore. The reward isn’t immediate. But if you keep doing this habit, the long-term rewards kick in—you feel stronger and have more energy,” says Dr. Hassan. The key to forming these good habits is keeping those long-term rewards in mind, and being patient.

The importance of routines for long-term health

In order to establish new healthy habits, and those new pathways in your brain, you have to plan for it, and practice. Each habit begins with a cue, “which makes you start the habit, which is the routine. Then there’s the reward that follows the habit,” Dr. Hassan says.

“Your new cue could be something as simple as putting your running shoes by the door. After enough time and practice, your brain will see your running shoes and know that it’s time to go for a walk, without having to think about it, and the habit will be formed,” Dr. Hassan recommends.

Set yourself up for success by making it as easy as possible to adopt your new habit, whether it’s packing your lunch or setting out your gym clothes the night before. Dr. Hassan shares a personal example. After a busy day of seeing patients, she would often feel very tired and drained in the afternoon. “Now, every single day, 365 days a year, I put a red apple on my desk, and at 3 o’clock I have it as a snack. Everyone knows this about my desk,” she laughs. “If I had to go to the kitchen to grab the apple instead of having it right on my desk, I probably wouldn’t do it as regularly.”

Tips for a healthy New Year

“I tell all my patients, what works for one person does not work for others,” Dr. Hassan says. Try to avoid feeling pressured by friends, family, or social media. Instead, choose a goal that matters to you.

When getting into a healthy mindset, it can be tempting to set multiple goals and try to change everything at once. However, if you try to do too much at once, it’s easy to lose motivation. “If you focus on one goal area at a time, the odds of keeping this as a habit for life are way better,” says Dr. Hassan.

If your goals have to do with your physical health, consider talking to your primary care provider (PCP). “Your PCP knows you, knows what your health needs are, and understands your health history and background,” says Dr. Hassan. “They can help you develop a plan to achieve your goals. Your yearly physical is a great time to have these conversations. It doesn’t have to just be for New Year’s.” Learn more about Integrated Care in your community and our team of providers at Mass General Brigham.